The reason we use “spoiler alert” in the title is that we’re pretty sure most of the best moments from the latest flick in the V/H/S franchise are in this trailer. At least three big jump scares/shockers are given away. Someone gets hit by a bus very suddenly in the middle of a sentence, just out of the blue. Do you know how effective that bit it when you’re not expecting it?* 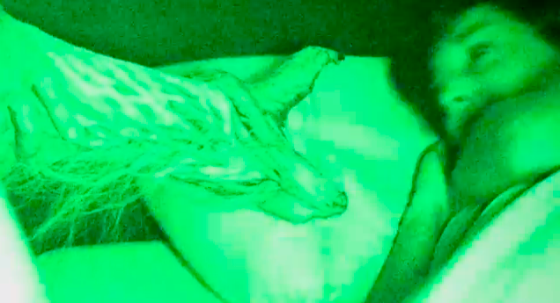 Both previous red band trailers for the first two installments gave away maybe one or two moments, but saved the best, most memorable moments. Now, the reason this trailer for V/H/S Viral concerns us here at Horror Boom as far as spoiling all the best moments is that, frankly, the reviews haven’t been that enthusiastic. The word we hear most to describe the movie from paid reviewers and casual message-board users is “disappointing”. The other complaint is there’s only three stories and the framing story shoots itself in the foot by trying too hard to tie the stories together and ends up confusing the viewer by being too self-consciously non-linear. 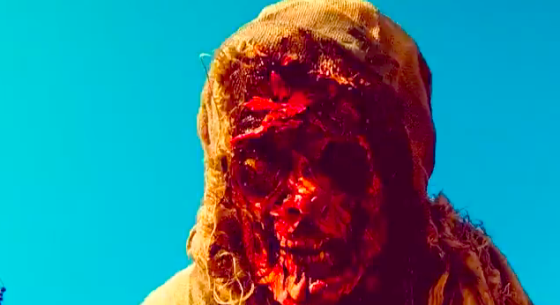 So, there’s a good chance you could watch this Red Band trailer, get your anticipation all cranked up, then see the movie and think, Man, I wish they hadn’t put so much in the fucking trailer.  Who knows, though? There could be a ton of great stuff they held back.

Having said all that, hey, check out the goodies below! Other than the possible spoilers, we got pumped up enough for the movie to curse out loud when we saw the release had been bumped from this month to the end of October, because now we want this movie in our face ASAP!

After watching on the news that an out-of-control ice cream truck is being chased by the police around the upper LA area, killing people and wrecking havoc among the way, a group of teens hell-bent on capturing the next viral video set out to chase the van. Things go from bad to worse when the content inside the van is revealed to be several tapes with bizarre stories, including that of a deranged illusionist who, after obtaining a demon-powered cloak, sets out on a killing spree; a garage scientist that manages to build a machine and open the door to a parallel world, where he and his double find out that their worlds are dangerously different; and the story of teenage skaters who unleash hordes of demonic foes after desecrating a ritual site in Tijuana.

We heard that last segment is the best. V/H/S Viral will be available on VOD October 23rd, followed by a limited theatrical run beginning on November 21st! 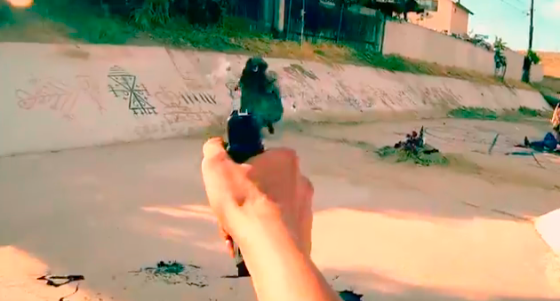 *The Statute of Limitations for spoilers on Final Destination (the original) have run out, but someone spoiled the bus hit in that movie for me. While everyone else in the theater got the top of their heads blown off (metaphorically of course) I appreciated it, but regretted overhearing someone’s LOUD conversation who was leaving the theater and prancing by the by the ticket-holder’s line, unaware anyone else but him and the friend he was relating basically all the shockers and reveals (including the train-track death) to existed. In the ads for Final Destination 4 (which fans agree was the weakest in the series), they ruined a bus-hit in the tagger for the trailer in the 15-second TV spot, for Chrissake.