Del Toro wound up creating a mash-up love letter to all sorts of his horror/fantasy inspirations in paying tribute to The Simpsons, while taking a page from Mad magazine’s Mort Drucker, Will Elder and Harvey Kurtzman. “They would try to cram so many references in,” he says. “You as a kid could spend an afternoon on your bed with your magnifying glass going through a frame of Mad magazine and finding all these references to this and that.” Keep your eyes peeled for a Futurama nod too. (“I integrate[d] Lisa falling through the couch like Alice in Wonderland but in the dress of the girl from Pan’s Labyrinth, and instead of landing next to the giant toad in Pan’s Labyrinth, she lands next to the Hypnotoad from Futurama.) He stuffed in as many horror/fantasy masters and iconic characters as he could (from H.P. Lovecraft to Edgar Allen Poe to Stephen King to the Universal monsters), though many more had to be left on the cutting room floor. “At the last minute I wanted to put a Mexican wrestler in there,” he notes with a chuckle, “but [casting producer] Bonnie Pietila said to me, ‘We’ve got to go! We cannot keep adding and adding stuff.”

–From the EW.com piece by Dan Snierson (see below)

First of all, if you haven’t read the EW.com piece and watched the opening credits created by Guillermo Del Toro for The Simpson’s Treehouse of Horror XXIV (airing this Sunday, October 6th) check the piece AND the especially awesome (and horror homage-packed) out right here.

Seen it now? Told you it was pretty goddamned cool! The below gallery would be bigger (and we’d have some informal ‘catch the obscure horror references’ contest), but we’re having a couple technical difficulties, plus this writer has a splitting headache. We’ll add to it before Sunday if we can. 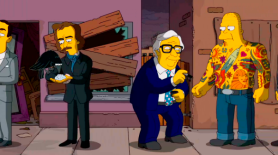 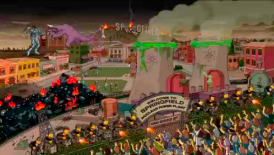 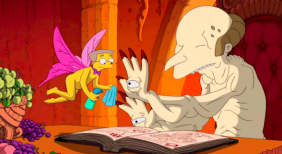 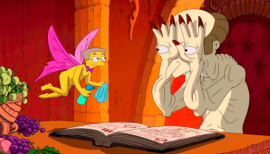 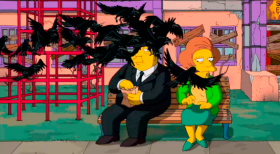 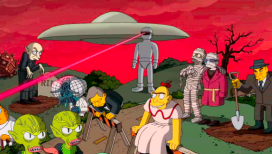 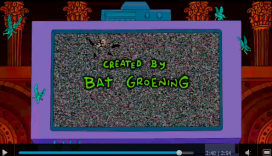 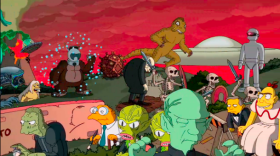 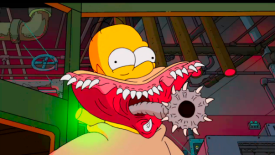 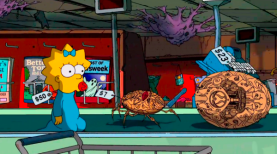 (Click on any screen-cap to enlarge) Let’s see, off the top of my (tired, aching) head, what did you spot besides the following: 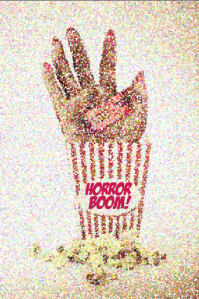 If you’re getting the sense that del Toro is a big fan of The Simpsons, you’re right. Not only did he slip a few homages to The Simpsons in Hellboy (“Mmmm, nachos” “Why you little…!”), he has a room in his house that’s brimming with Simpsons memorabilia. “My favorite is a 30-inch tall Mr. Burns as Dracula that they only make in Germany,” he says. “It’s a really good sculpture. It’s going to run away eventually, but I think that’s very appropriate.”

-from the EW.com article by Dan Snierson

Don’t miss this! It is almost impossible to count the homages and references here. The classic Universal Studios monsters, artist Charles Burns, Brian DePalma‘s Phantom of Paradise, Lovecraft, Bong June Ho’s The Host, Ray Bradbury‘s The Illustrated Man (short story collection and the movie), Todd Browning’s Freaks (watch for the pinhead from the movie; I’d say it was an American Horror Story Asylum reference but it’s in a shot with a bunch of really old-school monsters and aliens, including the Ray Harryhausen skeletons)… they have to be into the triple-digits. Mrs. Horror Boom was going to be all clever and try and list them all, but that’s pretty time-consuming even without a nasty headache. Of course, special attention is paid to Guillermo Del Toro‘s movies (even ones that most moviegoers aren’t familiar with), especially Pan’s Labyrinth. Just check out the screen caps in the gallery link right here, and see how many you can spot… and enjoy this year’s Treehouse of Horror, which airs this Sunday, October 6th! 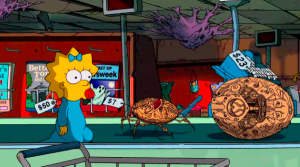 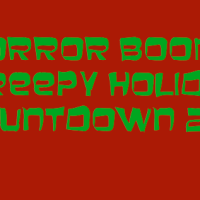 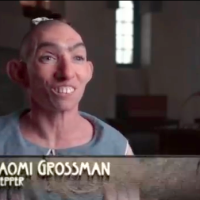 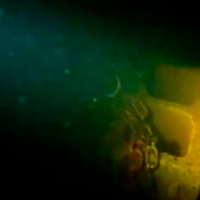 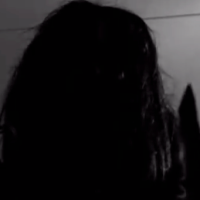 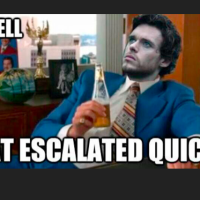