You may have seen the “Milestone” widget in the footers counting down the days until It Follows (nice creepy title) will be out on VOD and DVD/Blu-Ray. Why, you ask? Read on.

It Follows–written and directed by David Robert Mitchell–garnered up a ton of positive buzz when it made the festival circuit last summer; reviewers went out of their way to praise the film and tell readers how frightening it is.  We would include the creepy trailer here, but more than one review advised going into this movie knowing as little as possible about the details, and to avoid the trailer in particular. Some of the reviews say that the last act of the film is uneven, but none of them advise us to avoid the movie because of it.

So we will give you the official plot given out in the PR, which lets you know just about the right amount of detail:

For nineteen-year-old Jay, Autumn should be about school, boys and week-ends out at the lake. But after a seemingly innocent sexual encounter, she finds herself plagued by strange visions and the inescapable sense that someone, something, is following her. Faced with this burden, Jay and her friends must find a way to escape the horrors that seem to be only a few steps behind.

Here are ten excerpts from top reviewers that got us to put it on our Must-See List (with links and annotations, in case you want to read the actual pieces in their entirety).

1. The first is from Variety.com. We re-posted their review last summer (yep, that’s how long this has been on our Must-See List) which you can read here. What grabbed us, you ask? Well, here is the set-up from the reviewer:

“As bogeymen go, Mitchell’s monster is both intuitive (like something out of a bad dream) and impossible to comprehend (despite much discussion, no one seems to know how to beat it). The pic’s malevolent shape-shifter can take the form of anyone, from a beloved relative to a complete stranger. Sometimes it’s subtle enough to blend in with crowds. At others, it’s frighteningly conspicuous: a naked old man staring at you from a nearby rooftop, or a cheerleader leaking urine as she lurches across the living-room floor. The only certainty seems to be that it won’t stop until you’re dead. And once you’re dead, it will go after the person who “gave” it to you.“

So, Variety already had our full attention after we read this. Then it got better.  This is from the IGN.com review:

2 .It’s a refreshing change for modern horror, which has become far too reliant on jump scares and deafening sound cues, in place of carefully mounting tension. Mitchell prefers a slow burn. The use of wide shots is particularly successful once Jay starts being pursued. It’s almost like a sick game of ‘Where’s [Waldo?]’ – find the plodding killer in the frame before it’s too late… 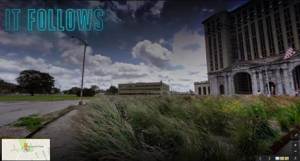 3. The rules of the damned in It Follows are intriguing and frightening. The never-named apparition will follow you forever, for instance, but it has to follow on foot. You can briefly elude the monster by driving away but it always comes back, leading to one shocking moment after another in which Mitchell’s impeccable wide shots gradually reveal a single individual gradually making their way into the foreground, while the oblivious protagonists ignore the audience’s pleas to RUN! RUN FOR YOUR LIVES! (Reviewed by William Bibbiani,* editor of CraveOnline’s Film Channel and the host of The B-Movies Podcast and The Blue MoviePodcast*).

There’s not a single character in Mitchell’s film that fails to elicit our sympathy, and so their demises always resonate like a tuning fork from Hell.

4. Once the scares start to come, they rarely let up. Mitchell, in only his second full-length, does an incredible job of creating horror not only in small houses in the middle of the night but in beachfronts with the sun shining down, in schoolyards on an overcast day, and in the middle of an empty street with nothing in sight… The highest compliment I can pay the movie is that its moments of horror play out like something from an old children’s ghost story. It’s not hard to imagine finding the tale within the pages of a collection of folklore akin to Alvin Schwartz’s Scary Stories to Tell in the Dark (now with sex!).**

By this point we felt like grabbing all the cash we had on hand and tossing it frantically at the screen of the laptop we were reading on; sadly, we knew that wouldn’t get us the movie magically appear online to watch and we still had to wait. Here’s more of the praise heaped on It Follows by critics we trust.

5. It Follows is suspenseful, atmospheric and spine-tingling horror cinema which nods at the masters and completely astounds as it manages the tough feat of being striking, sensitive and utterly disturbing. (Film.list.co.uk, read more here) 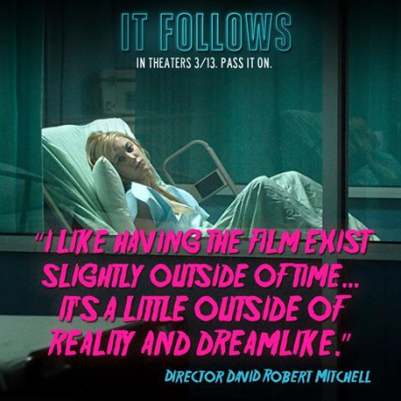 6. Director David Robert Mitchell gives this an almost art-house vibe, mixed with a retro-eighties look and an amazing synth-soundtrack that sounds like a cross between Vangellis and John Carpenter. Mitchell does a brilliant job ratcheting up the terror throughout the film, and by the time the end credits rolled I was almost feeling queasy from how on edge I had been during the last act of the film. …IT FOLLOWS will likely become a big-time horror sleeper once Radius (who acquired the rights out of Cannes) puts it out, and if you can see this on the big screen that would be all the better. It’s a tremendous horror flick and the scariest film I’ve seen in years. It’s deeply, deeply unsettling. (JoBlo, click here to read the full TIFF review.)

7. Chris Bumbray at Reelfilm.com gave the movie 8/10 stars, even though he had problems with the last act of the film. Though it fizzles out to a slight degree in its final stretch, It Follows nevertheless establishes itself as one of the most inventive, exciting, and truly frightening horror flicks to come around in ages.

8. The movie’s a brilliantly fresh spin on a classic model – the pass-on-the-curse conceit which horror fans will know from MR James’s shivery short story “Casting the Runes”, and its numerous cinematic offspring, from Jacques Tourneur’s Night of the Demon (1957) to the Japanese cult hit Ringu (2000) and its American remake, The Ring (2002). It Follows – which deserves even more marks for that marvellously suggestive title – does this entire lineage proud, not just by switching tacks from runic subterfuge or videotape circulation to the rather Cronenberg-y gambit of inflicting a demon on your unfortunate sex partner. It’s altogether smart, subtextually fascinating, and more or less a contemporary horror fan’s dream come true. (Tim Robey, Telegraph UK)

8. Fangoria LOVED this movie (8/10 skulls), and Chris Alexander (Fangoria Editor and the writer of this review) said this:. It Follows is an incredibly evolved, joyously alive piece of “dead teenager” cinema that likely requires a few viewings to properly assimilate its rhythms. And it could easily become part of any High School health class curriculum, because If I saw it as a kid, when I was at my hormonal, girl-hungry peak, I’d likely pack my bags and move to a monastery.

9. There’s a primal fear at work here – everyone gets nervous about being followed – and even though the monster is fiction, I suspect the anxiety may pursue the viewer home. (Luke Y. Thompson, Toplessrobot.com)

Well, that won’t be a problem, since we will be watching it at home, so the anxiety won’t have to follow us anywhere! Nope, it’ll be right there with us.

10. Finally, we can’t count the number of pieces in which the writer stated that John Carpenter was clearly a huge influence. Early John Carpenter.

It Follows will be in theaters and VOD on March 13th. The tagline is, “IT DOESN’T THINK. IT DOESN’T FEEL. IT NEVER GIVES UP.”

This just in: It Follows won the critic’s prize– AKA top honors– at the Glasgow International Film Festival. This isn’t a genre festival, either, which makes the win even more impressive. It even topped A Girl Walks Home Alone At Night, which, as you probably are aware, is no small feat. Read about it here. 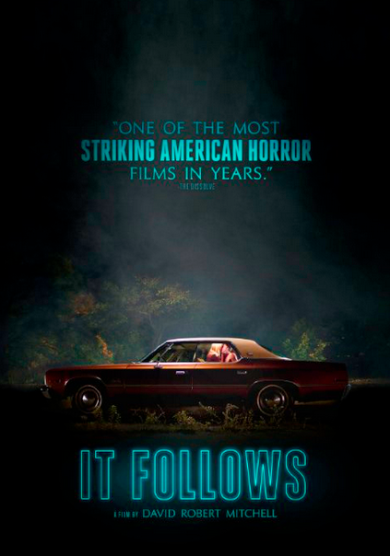 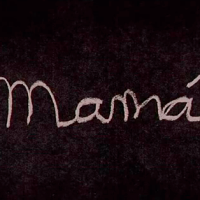 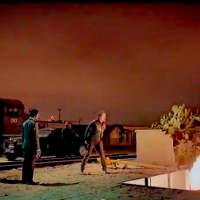 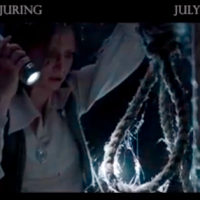