So, we STILL cannot find one with English subtitles for the dialogue. If you’re a Ju-on/Grudge fan, though, you don’t really need to know the translation; it’s still scary as hell:

Sadly, we can also find no evidence that Takako Fuji is in the movie (as Kayako). We’re keeping our fingers crossed that she at least shows up in a flashback. She pops up in this quick teaser, though, which also sends chills down our spines…

What is this Ju-On “reboot”, you ask? Well, it has to be better than the Grudge 3. Anyway….  take it away, general press release:

The film was first announced at a press conference held at Akagi Shrine in Tokyo on February 26, 2014, following a spirit cleansing ceremony at the shrine. Filming began soon thereafter on March 4, 2014. Beginning of the End is set to premiere on June 28, 2014 in Japan.

Unlike the previous two installments, White Ghost and Black Ghost, this film focuses on the deceased Saeki family and its curse. An elementary school teacher named Yui (Nozomi Sasaki) visits the home of a boy named Toshio Saeki (Kai Kobayashi) who’s been absent from school for a long period of time. When she arrives, she re-lives the horrifying events that occurred in the Saeki household 10 years earlier.

Again, no evidence of Fuji-san, and they even replaced the long-time veteran actor Takashi Matsuyama, who played shitty, homicidal jealous husband, Takeo. They even used him in Grudge 3 (insert my own croaking noise here), while they re-cast Kayako for that one. OK, I can see not using the same Toshio, for the obvious reasons that the actor is human and therefore doesn’t look like a little boy anymore. But Kayako and Takeo? 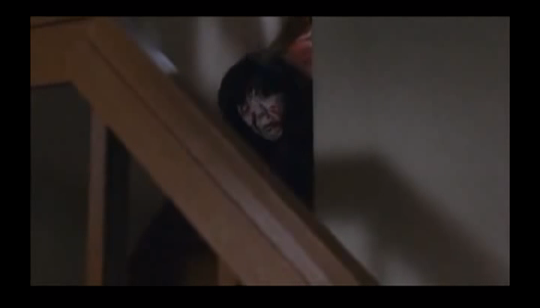 The One and Only Takako Fuji as Kayako Saeki

OK, don’t get me started. We’re still going to see it… but if they do a stair-crawl, they better use footage of Takako Fuji from… well, there’s at least 3 to choose from. 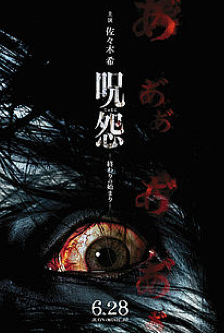