I have two trailers for the  October 23rd DTV release of Wrong Turn 5: Bloodlines.  One is Red Band, the second is really, REALLY Red Band. It’s probably oh, I don’t know, the goriest, most NSFW teaser trailer I’ve posted (so far) on Horror Boom.  The ABCs of Death trailer was spectacularly gory, but that turned out to be composed entirely of snippets from all the entries in the 26th Director Contest run last year, so it might not count completely. I’m glad that most of the directors got featured—even if the clips flash by pretty fast—because as you know from reading my Horror Boom Picks for the top twenty (out of over 160) entries for the T is for… entries, at least twenty of them were kick-ass great.   If you want to catch up on the first three articles, please do by all means (it turned out to be an insanely time-consuming project, but I don’t regret it). You can find Part 2/5 here and Part 3/5 here.  The final two parts WILL be coming later, though I’m thinking of spreading them out two at a time instead of five at a time.

But I digress.  OK, first up, the (slightly) less offensive and shorter spot for Wrong Turn 5: Bloodlines  can be found below. It made me laugh the first time I saw it even though I had an ugly headache at the time. Still makes me smile (you’ll know the funny part when you see it):

Here’s the official plot description (or excuse for the mayhem, this go-round, anyway):

The cutting-edge terror continues when a small mining town hosts the legendary Mountain Man Festival on Halloween, where crowds of costumed party-goers gather for a wild night of music and mischief. But a killer celebration soon gives way to a blood-soaked feeding frenzy when an inbred family of hillbilly cannibals trick and treat themselves to a group of visiting college students who are just dying for a good time… 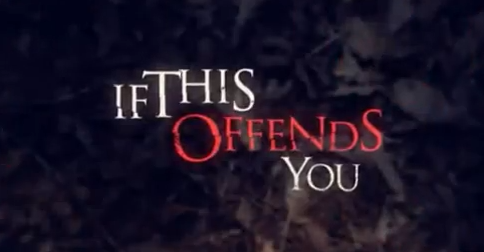 The DVD/Blu-ray details are a little, ahem, juicier:

Now that horror fans have the backstory on the Hillbilly Cannibals’ “Bloody Beginnings”, the franchise rejoins the infamous disfigured brothers as they return when WRONG TURN 5: BLOODLINES debuts on unrated Blu-ray, DVD, and, for the first time ever, Digital Copy on October 23rd from Twentieth Century Fox Home Entertainment. This all-new terrifying film boasts the talent of horror movie veteran Doug Bradley (Hellraiser) along with “Game of Thrones”’ Roxanne McKee.

Speaking of “Hillbilly Kills”, here’s the REALLY offensive, gruesome teaser trailer that debuted in the last 24 hours, although it’s closer to a ‘tightly edited Death Reel’ from parts one through four. THEN, they tacked on a fun Director’s DIE-ary that was also shown at SDCC 2012. Almost everywhere but You Tube, they require age-verification, and HOAH! you’ll soon see why. Check it out below…

If you want to go to the official site and see it bigger, click on this link here. It’s the closest they have to an official Wrong Turn 5  site for now anyway, though I’ll be keeping an eye out for an official Facebook page (they did one for the prequel last year, also with a ton of fun stuff).

I am kind of bummed, though, that the DVD cover I voted on a few months ago didn’t get picked, because I thought it was way cooler. Found it: 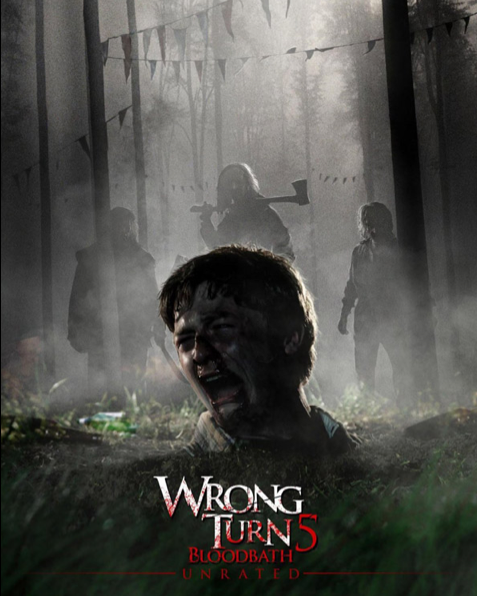 I also really prefer “Bloodbath” instead of “Bloodlines” after the title, especially if this is going to be the ‘the most gruesome Wrong Turn  ever”.  Maybe it had something to do with the inclusion of Doug Bradley in the cast, as a kind of in-joke, but come on, you’re going to pick Bloodlines over BLOODBATH? Unless they’re saving it for the next movie, planning to REALLY out-do themselves, that’s just not acceptable to me. (Mm’kay?}

If you want to see more, our good fiends/friends at Dread Central have a giant  gallery of photos from their on-set visit (to Bulgaria), and it looks like they’re gonna be going with at least SOME practical effects. The only things in the previous entries that have bothered me CGI-wise were a few really shoddy CGI blood squirts that looked one notch above someone drawing them on the frame with a red Sharpie. I know they don’t have an eight-figure budget or anything (see:filming in Bulgaria), but do film-makers who use CGI blood really think we’re not going to be able to tell the difference between that and the real thing? Hey, when they can do a good enough job that we can’t tell the difference between CGI blood and practical blood, fine, but if not, please don’t insult our intelligence. 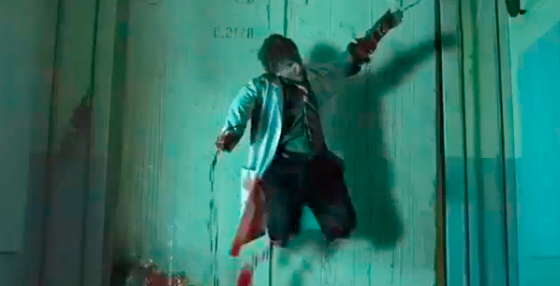 From the prequel – this happened in the first ten minutes, possibly even before the opening credits. Sold!

Though, speaking of intelligence, looks like I’m one of the last fans to be aware that the family is known as “The Hillicker Brothers” –though I know there was at least one female in Wrong Turn Two:Dead End.  I remember a scene pretty early on of her getting jealous of her brother secretly peeking from the woods and drooling at a naked reality-show bimbo, and then stabbing her so fiercely and so many times that you could see her spine by the time the mutant sister was done. I think she may have done the tongue bite-off at the opening, too, but right now I’m too tired to check.

Guess now it’s down to Three Finger, One-Eye, and Saw Tooth. Oh well,  keep things entertaining and I’ll overlook that. Declan O’Brien’s Part 3 —he wrote, but did not direct—  did so little for me I think I only watched it once, but he improved a hell of a lot when he wrote and directed the prequel, Bloody Beginnings,  which didn’t try to be anything it wasn’t,  just embraced the horror and gore. Both had some really mean-spirited endings, but best of all, he really seemed to be having fun.

There’s a ton more info on Dread Central about Wrong Turn 5  (going as far back as April). Here’s the link for their index of every piece/headline they’ve done.

Is it October yet? 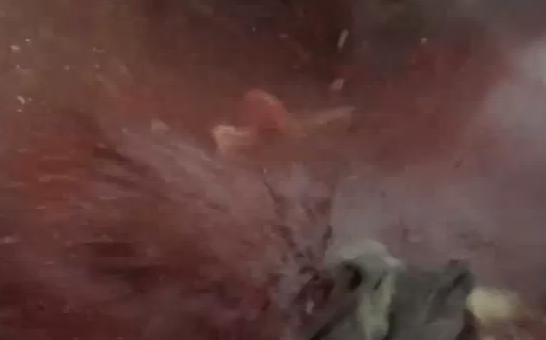 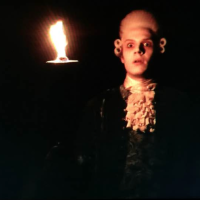 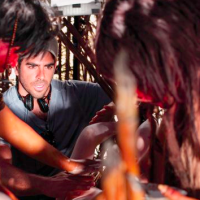