…and much, much more!

You know, normally we’d just re-blog this, but this piece was so long and packed with interesting information– and dish– that we’re going to relate ten of the most interesting points given when Ryan Murphy spilled his guts (so to speak) on EW.com right after the American Horror Story Freak Show premiere …THEN give you the link. There’s plenty about the Freak Show season to come, that’s for sure. So, according to Ryan Murphy (and EW.com’s Inside TV, the source for all this)… 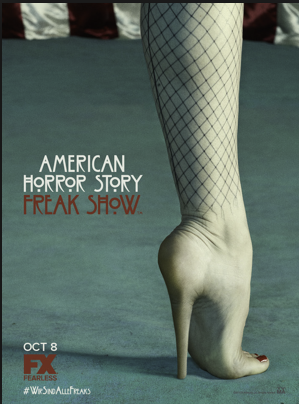 There’s much, much more, including guest stars Matt Bomer and (hopefully) Neil Patrick Harris. The piece is a must-read if you’re already hooked on this season… which many of us are!