Disclaimer! All we’ve seen as of this writing is the trailer, so we can’t agree or argue with the reviewer on the quality of You’re Next. Oh, we DID, however, have a crucial, shocking twist late in the movie ruined for us by some selfish asshole of a “reviewer” who apparently didn’t feel it was necessary to add spoiler alerts (especially when giving names of specific lead characters. IDIOT!) We’re going to have to look into why the slasher flick was made in 2011 and not released til now. That’s not the kiss of death the average movie-goer thinks it is–see 2012’s Cabin In The Woods, to name one– but if you’re reading this blog, you know that already. Possible minor spoiler in this review, so heads-up… the character who turns out to be the Final Girl is revealed (though that might be something genre fans figure out early on anyway), plus the movie’s press has made it no secret that a character or two turns out not to be your average victim, but take note before reading if you’re really spoiler-conscious that the review does say exactly why.

Coming up, we’ve got some more You’re Next coverage (including WELL-MARKED spoilers of our own). The only sentence that may piss you off  in this review–if you also grew up in the horror boom– is: “…with the strong original score undermined only by a brief late foray into self-consciously cheesy 1980s synth sounds.” HEY! WATCH IT THERE, HARVEY! Some of us get nostalgic when we hear 80s synth sounds in a horror soundtrack! Otherwise, enjoy the review. Plus, You’re Next does have Barbara Crampton and a ton of creative gore going for it …and by the way, did you remember to lock the door? 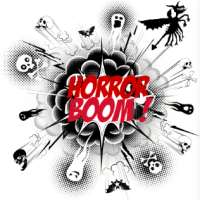 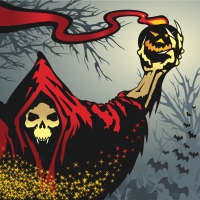 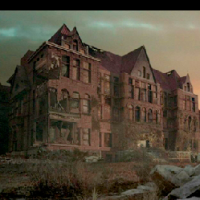