OK! You remember the “26th Director” contest to be included in The ABCs of Death, I hope, sponsored by Drafthouse? You can read my initial article here (which includes the winning short, Lee Hardcastle’s “T is for Toilet”. I changed it up a little bit and instead of doing five per post (4 from the top twenty, then one runner-up) I’m now doling one out at a time- with no runners up. So nine more posts, nine more shorts, and I can actually finish this series before the actual movie is released. I also tried to mix it up and not put all the really dark nasty ones in one list and spread them out.

This is a great one, and I wish I could embed it so you didn’t have to click. Still, I highly recommend this short, titled “T is for Thank You,” directed by Gemma Fleming and Alex Mercado. It’s really too bad they couldn’t do a second movie with, what, 20-25 picks for the letter T? T is for Toilet is genius and deserved to be in the feature film, but that still left a couple dozen that really deserve a wider audience besides the internet.

Click here to check out T is for Thank You, listed on the Alamo Drafthouse Contest Page (where I found and watched every entry, which I realized was over 160 after it was too late because I was through half of them and had already committed). More entries are coming soon! 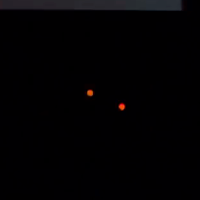