In honor of Audrey Hepburn’s birthday, I found a really fun trailer for Wait Until Dark (1967).  Check it out below!

I recall a teacher who saw the movie in theater when it was released telling me that they did indeed turn all the possible lights down during the last eight minutes (or as the trailer puts it, Darkened To The Legal Limits –that phrase has kind of a cool ring to it). This movie doesn’t need a gimmick, but I’m a sucker for 60’s movie gimmicks. They had really cool ones after than, but the William Castle era gimmicks just make me light up. Oh, and if you do give this movie a watch, keep those lights off-and as the trailer tells you, avoid lighting up a cigarette. Not so much because it’ll distract you from the effect, but you really, really don’t want to have a lit cigarette in your mouth–or anywhere near you–for the jump in the final minutes of Wait Until Dark! 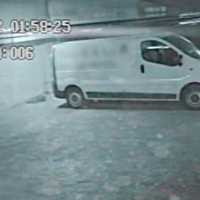